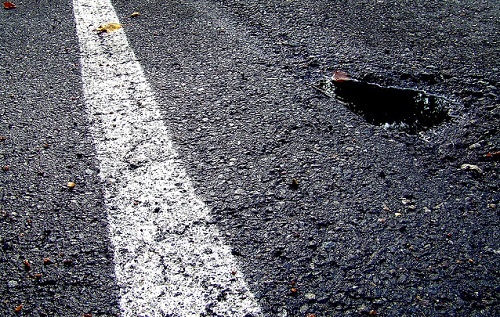 Well – isn't this turning out to be quite the cheerful month! After spending the first two weeks sharing tips and tricks on how to cope with the pressure a courier driver goes through during this time of year, this week I have what could well turn out to be a bit of good news for all of you!

As some of you may already know, one of the British Government's many plans for next year is to improve the condition of our roads, through what they call a Road Investment Strategy, or RIS. (Sounds like someone sneezing, doesn't it?)

Apparently, from what I can gather, they're planning to invest about fifteen billion pounds on this whole ordeal – that's probably more than the combined salary of every courier driver in the country!

Still, at least it will be for the greater good: the article I read also said Britain is among the most congested country in Europe, with London as the most congested city. (Mind you, that's not surprising, as anyone who's ever driven through there, courier driver or not, will tell you!) So this RIS aims to get rid of that title and make life easier for drivers all over England – which I'm sure will include some, if not all, of my readers!

The deadline they've set for this is 2021, and for those anticipating six years of roadworks and traffic jams, relax – according to what I read, the programme also forbids works to go on for more than two miles of road at a time. So hopefully, you'll still get to deliver your parcels relatively on time!

So there you have it – a bit of good news for all you courier driver people out there. Hopefully, it's brightened up your day – especially if you happened to be travelling along a not-so-well-maintained road!