The Best Way to Get More Courier Jobs 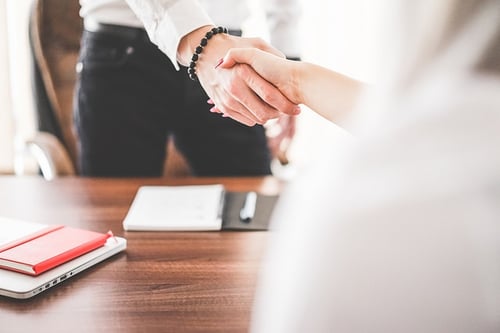 business man and woman handshake in work office By  perzon seo is licensed under  CC BY 2.0

Before we even get started, I want to say straight away that I shan't faff about too much on the lead-up to today's subject. I know I'm guilty of doing that sometimes (I do love a natter), but today's story is just so inspirational - not to mention useful for you lot out there - that I want to get to it straight away.

The story in question is one I found last week, when I was looking for tips on how Stevie can branch out from courier jobs. I loved it so much when I saw it that I just knew I had to do a blog post about it! So I saved it for this week, and now, here it is.

The story is actually a case study on the Courier Exchange website, where I also found the subject for last week's post, and shows you the benefits of joining a freight exchange platform. My Stevie is already a member and can't say enough good things about it, but if you're still not convinced about whether or not they're useful, just read on, and let Mike Tudor inspire you!

Mike is a fellow my own age who started looking into doing courier jobs after he retired from his previous career. He found he liked doing the job so much he eventually wanted to branch out on his own – and if you think he let the fact that he was 62 stop him, you haven't been paying attention!

No, old Mike took the bull by the horns, started his own company and, eventually, joined Courier Exchange, which is why his story is on their website as a case study to begin with. Ever since then, he has been able to get in touch – and be contacted by – a lot more people, which in turn leads to a huge growth in the number of courier jobs he and his Mercedes van are hired for. In other words, his company is thriving and it's partially thanks to having joined the platform.

I don't believe everything I read, though, so I asked Stevie if this was really the case for most drivers, or if Mike's case was just a one off. And do you know what he said? He said it's been like that for himself and for many other people he knows, as well. So I guess it wasn't just an isolated case – it really is the way of the future. Which means, whenever I finally get round to setting up my own courier business, I'll know where to start...

Until that happens, though...