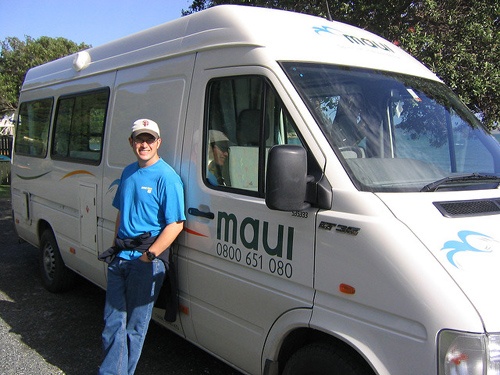 Coromandel Peninsula by Phil Whitehouse is licensed under CC BY 2.0

I hope your month is still going well and has put you in a celebratory mood, because that's exactly what we'll be doing today – celebrating!

You see, as someone who isn't in the haulage industry but writes about it enough to feel like she is, I'm always happy to see award ceremonies dedicated to rewarding people who do haulage and courier jobs for a living. So when an award like this manages to reach the 15-year mark, I simply can't let it pass without writing a few words about it!

The award in question, or should I say awards, are the Member Transport Awards, organised by the Transport Exchange Group. This year's event is their fifteenth in a row, which means they've been rewarding people who do haulage and courier jobs for a living for a decade and a half. That's impressive, no matter which way you slice it!

From what I've gathered they don't stop at just giving out awards, either – they have people come in from all over Europe, including a lot of company bosses, and give drivers attending their events a great chance to network, talk to some influential people, and maybe move up in the world of haulage and courier jobs. As someone who's closely related to a driver I know how important that can be, and I'm certainly grateful that someone gives these lads and lasses this kind of opportunity.

What's best is that these awards aren't open just to the people getting prizes – anyone can get a ticket! And apparently they also offer people who book a ticket a meal and accommodation, so in my view, this is definitely worth attending if you have interest in this field at all! I do (if you couldn't tell from the past five years) so I'll definitely be asking Stevie if he can try and get me a ticket to this year's event, which is March 18 in Solihull! Let me know if any of you will be there – maybe we can meet up and have a laugh!