Your Best Moment As a Courier Driver 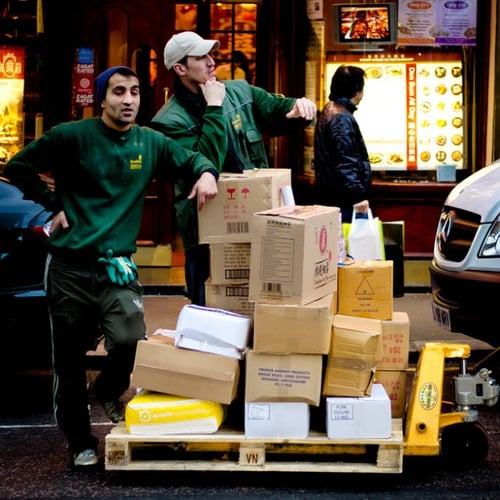 Delivery by PROGarry Knight is licensed under CC BY 2.0

Well, I promised there would be a second part to our question and answer game this month, and hey presto! I duly deliver!

Now, this part will probably not be quite as off-the-wall as the first one, mainly because it is more in line with what one of our usual reader interactions feels and works like. (And judging by the responses, I'm getting pretty good at these!) I won't be asking you to rack your brains to define anything in one word this week (although you did an admirable job with that, and they're still coming in), so you don't have to worry. But we are keeping to the personal and individual side of being a courier driver, so it all ties together quite neatly in the end.

So what does this mysterious second half of the game actually consist of, you ask? Well, whereas before I asked you to tell me what being a courier driver meant to you (in one word), this time around I'm asking you to tell me about what you think has been your best moment on the job throughout your working life so far.

That's right – Auntie Gertie is giving her readers a chance to gloat in front of everyone about how clever, hardworking or incredible they are! I don't much care what all your boasting consists of, either – as long as it is nothing nasty, you know we won't stand for that sort of thing around here. Everything else is perfectly fair game though! Tall tales, heart-warming moments, random encounters you may have had with people, or simply times when you felt you did particularly well at whatever your task was that day – I will accept all sorts of answers, within reason, of course!

So there you have it – now you know what to do. Think back to your crowning achievement as a courier driver, put it into somewhat interesting words, and send it to me. The best ones will be published, as always!