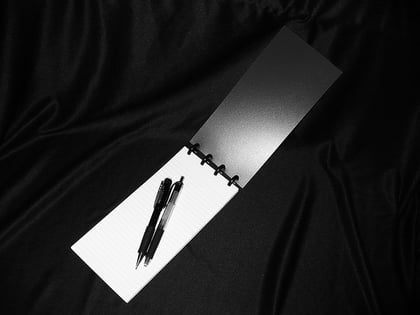 My, but it's been an exciting month so far! If you recall, last time, we had an exclusive here on my blog – a reader who was writing a song about his experiences as a courier. This week, we are lucky enough to have another 'first', as I have managed to get my very first interview!

That's right, my darlings, today I will be talking about courier work for owner drivers with a real expert in the subject: my friend Tim, who has his own man-and-van operation here in town. Tim always stops by for a cup of coffee and a bagel, and the other day, when he came by, I was struggling with topics for my next blog post. To my surprise, he smiled and suggested an interview...with him! He even offered to help me record it on my phone! Needless to say, I immediately accepted the offer, and what you can read below is the conversation we had, right there, at a table in my cafe. Thankfully, it was a rather slow day, or I would have had to keep my clients waiting – our chat was fascinating! So thank you, Tim, for giving me a blog post and being an excellent interview. As for the rest of you dears, I hope you enjoy this little treat!

Gertie: Hi Tim, thanks for helping me out and giving me this interview.
Tim: No problem, Gertie. I love reading your blog, and if I can help you get some good material, I will!

Gertie: You have your own man-and-van company. Is it hard to find courier work for owner drivers?
Tim: Obviously I can only talk about what it's like in our area, and I can say that there is always work to be found if you look closely. Mostly it's people needing to move large loads such as furniture, rubble, or wood. As far as parcel delivery companies, most of them come from further afield, and there's really no courier work for owner drivers to be found there. However, the post office has been known to hire a local lad from time to time.

Gertie: What are the advantages of courier work for owner drivers over regular sub-contracted or hired employees?
Tim: It will come as a surprise to no one, I think, when I say that the main advantage is schedules. Being able to manage your own time, rather than being bound to a 9-to-5 job, really is liberating, and the general opinion among the owner-drivers I know is that once you are your own boss, it's hard to go back to how you were before. Another aspect, which can be construed as an advantage or as a disadvantage, is the money. What I mean is that your earning potential is unlimited, and you don't need to share...but on the other hand, you are never guaranteed a fixed salary just for turning up. Unless you want to give yourself one, but most owner-drivers don't, since it cuts into the running costs for your operation.

Gertie: I was going to ask if it s a lucrative profession...
Tim: It can be, yes. On a good month.

Gertie: How do you go about finding courier work for owner drivers?
Tim: Well, if you put yourself out there, work will come. Make sure people know you. It doesn't matter if you're only known locally – even a small town holds more business than you might think. Advertise, offer your services, and word of mouth will do the rest. Knowing people also helps, of course – for example, my sister-in-law works at the local paper and I got to have an ad put on there. People may think it's favouritism, but I say take whatever you can get - at least until you're well-known and getting good amounts of business.

Gertie: Thanks so much, Tim!
Tim: You're welcome!

And thrice thank you, Tim! You were a star!

See you next time, my dears!