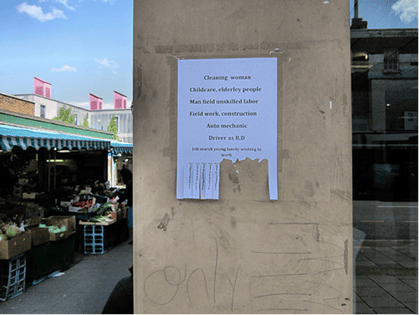 If you recall, last week, I showed a massive chink in my armour by admitting that I needed help finding owner driver jobs for my nephew, who just decided to start his own company. I reached out to you, my readers, and explained that I was far from an authority on the matter, despite what my posts for the past however many months have led you to believe. Then, I sat back and waited for the scathing comments to begin.

Instead, I got help. Lots and lots of it.

See, this is why I love my readership. I often debate with Bill, of Truck Stop fame, which one of us has the more dedicated readers, and he always claims it's him. Me? I'm not so sure. His inbox may be fuller than mine, but he has loads more readers. All I know is, you lot always come through for me whenever I need you, and I would not trade you for all of Bill's readers!

But enough stroking your egos - you know how good you are. What's important here is the advice you sent me about owner driver jobs. And let me tell you, my mailbox was fit to burst! (I really need to start a comments section on the blog, don't I?) Many of you had snarky remarks to make – "Come on, Gertie, you're supposed to give us advice, not the other way round!" - but even those people had titbits to share, which I promptly passed on to Steven.

What surprised me the most, however, was how different each person's advice was. All sorts of things seem to have worked for each of you, from the traditional flyer on the newsagents' window or the electricity pole to an advertisement in a magazine or on the Internet (I had heard of Gumtree before, but didn't know what it was until now. I also didn't know about Craigslist, and Steven thought it was only for dodgy American scam artists. We were both surprised.) It seems when it comes to owner driver jobs, there isn't a 'right' or 'wrong' way – the best thing is to follow your gut and see what works!

I've just realized I spent an entire post waffling, and said virtually nothing of interest to anyone, so I'm going to stop here. Everyone's advice is being put to good use by Steven, and you can bet I'll let you know how he gets on with his new job. For now, though, that's all from me.