Benefits of Tinted Windows For Couriers 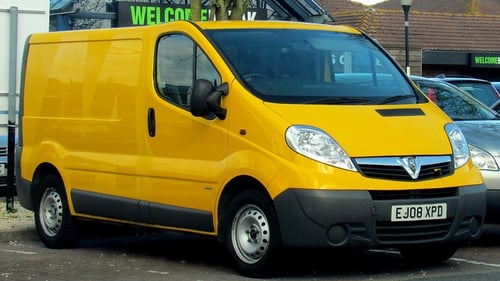 Yellow Van by Ozzy Delaney is licensed under CC BY 2.0

Well – I'm not even going to try with this week's topic. When I stumbled across it, I started reading and I must be honest, it made absolutely no sense to me. But I did recognise that it would make a very interesting and useful blog post, so… I'm bowing out and leaving the explaining to someone else! I knew I needed someone who could make heads and tails of the subject, so here's my nephew Stevie to talk about the benefits of tinted windows to self employed drivers and couriers. Or something like that...

Thank you, Auntie Gertie, and hello everyone. As my aunt has probably said in her opening paragraph (I know she won’t be able to resist writing one!) I'm going to talk to you about the benefits tinted windows can bring to courier drivers, both corporate and self employed.

Now, I have to admit I was a sceptic in the beginning - I just didn't get the fuss. To me, tinted windows were for film stars and boy racers – they had no place in the life of normal people doing courier jobs. However, having been talked into having my windows tinted I now understand where everyone was coming from – and I now heartily recommend it.

So what ARE the benefits? Well, for a start, tinted windows make it harder for burglars to see into your van – which is very useful for self employed couriers who could lose an entire week's pay (or more) on just one break-in. The fact that it will make your van look pretty schmick is secondary when compared to that, but I won't lie – it's a nice bonus. Especially if you get top quality glass.

Speaking of which, if you are thinking of tinting your windows, I advise you get proper factory-tinted glass. It's more resistant than the film-covered stuff, so it won't be as prone to scratches, and the tint is applied directly on to the glass, so it won't peel. Overall, it's just better value for money and less of a hassle than film-covered tinted glass.

If you're thinking of adding this type of embellishment to your van, however, you should understand that there are specific rules you must follow. You'll be penalised if you don't, so make sure to check before you act in order to avoid any problems.

Aside from those warnings, I'd highly recommend tinted windows for anyone working in self employed courier jobs. For those who work for a boss, show them my blog post and see if you can convert them!

I hope this helped a few people, and thanks again Aunt Gertie for the invitation. Take care, everyone.